Fading retail traders has long been a strategy amongst professional traders.

The CFTC in their weekly publication of the Commitment of Traders Report, broke down the speculative component of positions. Then they broke it down further into the category of large speculators, (predominantly hedge funds, and extremely large investors), and small speculators, (the individual traders).

Over time, the strategy began to lose its luster. Almost every research firm began dissecting the same CFTC data. In addition, the creation of new Exchange Traded Funds that could trade currency and commodity futures created a whole new level of opaqueness on which category those products were to be classified as.

The other big development over that time was the establishment of online trading. The reduction in cost, and friction for the small investor to compete on an almost even footing with the professional investor were gone.

In the early days of the Covid19 crisis, retail investors flocked to open and fund accounts. Robinhood app said that daily trade volumes rose 300% in Q1 2020. Interactive Brokers reported a 71% rise in Daily Average Revenue.  TD Ameritrade reported client assets of $45 Billion, a rise of 13% from the previous year.

Now, it is easy to dismiss these Do It Yourself Traders as lemmings. Having been conditioned over the past two decades to buy every dip. However, the probability that a number of these new traders becoming successful at it, is quite likely. In particular the ones that know what they are up against.

Do-It-Yourself trading in 2020, arms most traders with many more tools than the most astute professional investors had just a decade or two ago. Dismissing them, is something one should only do at their own risk.

An Organizational Look at Trading

A 60 Game Season: Pivoting For Uncertainty

We turn our experience into insights that you can use to do more with your money. Get in touch. 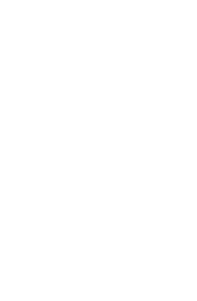